Sarah Hawco; Co-founder of Hawco Peters, Board Director Gems for Gems, Proprietor Hawco Fitness and winner of the Women of Inspiration Award from the International Women's Network speaks to SmartBe Wealth about hard work, education, her life comeback, inspiration and giving back. 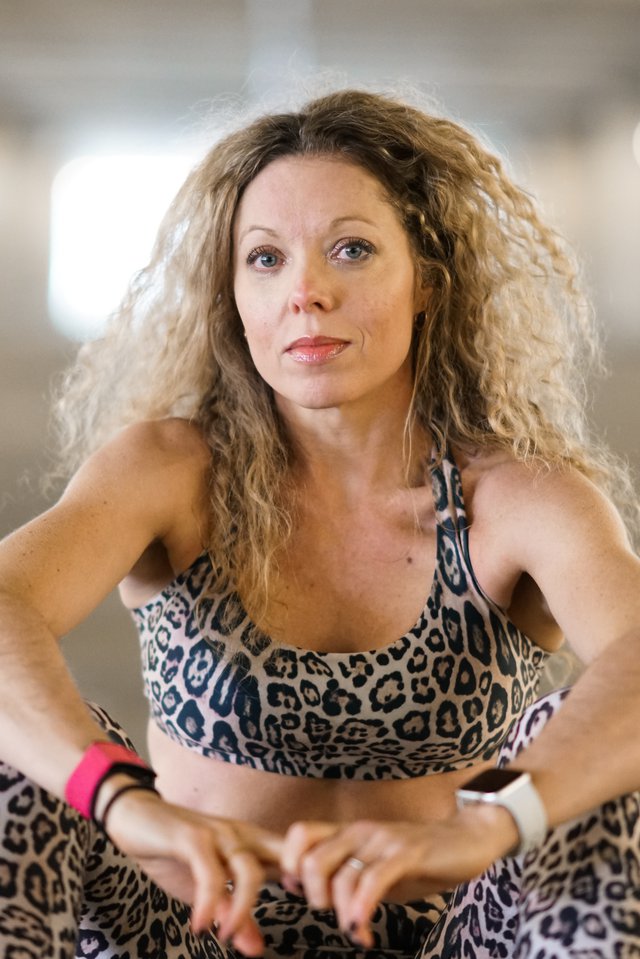 SBW: How do you think we're going to come out of the pandemic?

Sara: I think we're going to come out of the pandemic with renewed curiosity and innovation. I think that we've proven this; we had a very small snippet of it comparatively when we had the floods back in 2012, that many of us are quite capable and competent working from home. I think that the day to day downtown or office environment may shift somewhat. Meeting in person is really valuable in feeling the vibration in the room, but you can get a lot done remotely.

What have you learned through the pandemic?

Again, as an accountant, I'm sort of an isolated person. I'm quiet. This is good. I think through the isolation, what I've learned is that there's different ways of connecting. People respond to stress in really different ways. So you often say that you can't compare traumas and you can't. So this experience has been deeply traumatic and isolating for some people. I'm fortunate that I have a family and friends and children, so I've been able to continue my social interactions on some level. I recognize how devastating it has been for others with financial insecurity and mental health stress. What I have learned is – how can I help with the people in my network, whether it's zooming all my fitness classes, Instagram conversations, providing comfort for people where they are.

You've said that one of your life goals is to raise up women. What does this mean to you? What do we need to do as a society differently to level the playing field?

What I try to do in my day to day is create space. I have said before, you know, use your elbows to create space, not to knock other people out of the way. Recognize that somebody else's win is not my loss. So I don't care if you're trying to be the very best martial arts instructor or hairdresser or homemaker. Celebrate people and provide some validation and let them know that they are seen.

What does our society need to do differently? One, I think we need to stress collaboration over competition. I think that sometimes there's a feeling, certainly amongst women, that there's only space for one. Right?

So, yeah, one of you can get through the glass ceiling but, you know, just one. So that fosters some mistrust. It fosters competitiveness. It fosters caginess rather than sharing. Share the knowledge because sharing your knowledge helps everyone, and when we all are learning and working together, especially in an office or a team environment, that's helping everyone.

Men have to be part of the conversation. So what can happen? You get a bunch of women together, and if we're all just nattering about, you know, what doofuses men are, that's not helping anything. So men need to be part of it. We need to have men championing women, and not with a pat on the head, but inviting them to the networking events and inviting them into the circles, and that sometimes means that you have to make those circles appropriate.

In addition, men have to start to stand up for women when a situation is inappropriate and say something. Being silent is kind of like acting it is OK. Underlying mysogeny is there, you can't be a good guy without speaking up. There needs to be repercussions for the jerks that are terrible.

You co-founded Hawco Peters, you are on the board of Gems for Gems, you have a side hustle in Hawco Fitness and you recently won a Women of Inspiration Award from the International Women's Network. Tell us about your journey. What shaped you into the powerful woman you are today? 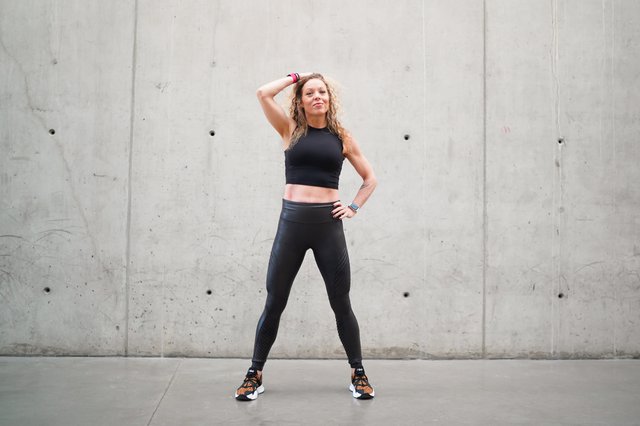 I had a lot of things going for me that I didn't earn, that I just walked into. I wanted for nothing with a loving caring family. My childhood left me with strong self esteem. I just kind of coasted through my early twenties and then hit a major roadblock. You know, I got my first degree, then my second, and then became a CA and life was going fine.

And it never occurred to me that it could go otherwise. Going on eight years ago, exactly, I found myself with a two year old, a four year old, we had escaped an abusive marriage – we were homeless, jobless, moneyless. And now we're not. What I did have was an education. So at that point I was already a chartered accountant and was able to bounce back, get back to work.

I found myself in such a ridiculous situation and have worked hard to come up from the ashes. Upon reflection I think I've had success in my later career because I took a number of years off of corporate work to get married and have kids. But at the time when the divorce came I thought, oh shoot I made a grave error in judgment quitting my job. So then I spent the next eight years trying to catch up for what I missed out on. So I banged out a bunch more degrees and no one was going to tell me that I couldn't do what I wanted to do. My very strong focus was not just being a role model for my daughters, but for myself and for other women. I think on paper this story is why I was awarded the Women of Inspiration.

I spent a lot of time on my morning runs listening to podcasts, now I take my morning runs to focus on gratitude, to reset and have alignment. So my adversity has helped me lean into gratitude and trying to be of service.

I'm a both. But very aware of credit. I do not spend what I do not have. I am hyper-aware of what my portfolio's doing, even if I'm not watching it closely. I don't know what companies necessarily it's doing it in. I'm a spender, but not recklessly. I spend on things that I need. "Need" Is a very broad term.

I do need Lulu Lemon tights in my world but I'm not into flash. I'm not into showiness. I've never been one to try to keep up with the Joneses. So I try to be modest and responsible in my spending and always aware of saving.

So what's your thinking on ESG, environmental, social, and governance as it relates to activism and investing?

You know a bit about me, so I'm into activism. In the animal activism world, which makes me fit right in in Alberta. So I'm this crazy hippy-dippy vegan. But I think there needs to be action and you need to follow the money. So again, these are part of the conversations that I have with my guy – I would not be okay with investing in what I consider an unethical or irresponsible company. I would rather make less money for the greater good than profit on what I consider to be unethical. 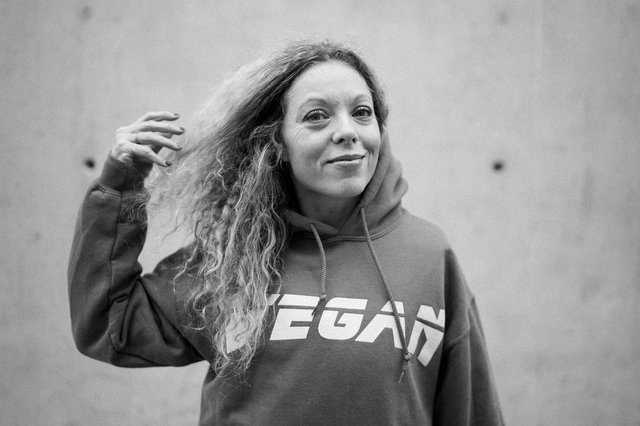 So you're not in Cargill.

I used that when I was running with Pete yesterday, I said like, Cargill would not be on my list. Right?
It's like don't do your Christmas shopping on Amazon if you're worrying about a monopolistic predator environment. Make sure you're going local and supporting the people down the street that need to feed their kids. Walk the talk.

Has insolvency practice taught you anything about investing?

Absolutely, yes. So at one time I was tasked with finding $11 million, then I actually found $121 million. If you followed it. What astounds me over and over again, and the limited amount of Ponzis that I've seen, and I like to call them the con that never was, right? The level of sophisticated investors that will invest because "my buddy made money." If it's too good to be true, it's too good to be true. I used to say that 18% was the magic number. I think it's dropped to about 14%. You need to do your homework.

It continuously surprises me that someone doesn't, in a MIC for example, actually ask to see a land title. Give the document to your lawyer. Spend the $500 or $600 or whatever your lawyer charges. Spend that money for your lawyer to look at it for an hour. You will save yourself potentially hundreds of thousands of dollars, depending how much you give over to the shyster.

One of the things that we believe in is that humans have significant behavioural biases. And I don't care if you're CEO of a company, if you're the best advisor in the world. Because we are social beasts and we do things, like we fear loss twice as much as we like gain, and they're just a whole bunch of cognitive biases that we have, that we can be tricked into stupid decisions.

I can think of a number in my life that I've been tricked into.

And I say to people when they're looking at what I would consider a higher risk investment, or a startup for example, is that if you would be okay with lighting your money on fire and be okay, be financially sound, then do it. If you need the money and losing that money would be devastating to you. Then now's not the time. That's my simplistic advice.

So in this crazy life right now, there's so many moving parts. Virus, the economy, politics. Yet some things are perhaps clearer. What's clear for you right now?

To trust my intuition and stay the course. I think I'm as busy as I've ever been, I'm 46 now, and only now with all of those alphabet soup letters behind my name, I kind of feel like I'm over the imposter syndrome. Like, I feel like I've earned my credentials. I've earned my space at the table and I've really leaned into my capabilities.

If you were Angela Merkel, Jacinda Ardern, running a country, a province, a city. What would you do?

You know what? I would love the luxury of being: 1. Appointed. So I could skip all the glad-handing. But I I'm a numbers person. So what I would like to do is I’d run the country almost like I run a nice receivership. Not in a heartless way, but there's a lot of soft considerations that you need to consider. And soft considerations doesn't mean that there's not a dollar value attached, even though it's not hitting the financial statements. But I'd love the ability to do the right and responsible and socially conscious thing without the fear of: am I going to get elected? Who's going to be, you know, what are the lobbyists going to say? What's my party going to say? I would like a politician someday, and I don't think our current system is set up for this, to have the confidence to just make the decision that makes the most financial and social sense without being scared of every single interest group. And that doesn't mean those interests aren't of value. It just means let's be focused on what our desired outcome is and not get stuck in the weeds.

Thanks for your time, Sarah.